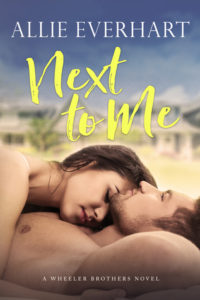 After losing her parents and brother in a car accident, Callie dropped out of college and went to live in the small town where her family used to spend the summers. A year later, and struggling to move on, she keeps to herself and wants to be left alone. So she's not too happy when her new neighbor keeps knocking on her door.

Nash Wheeler, a 25-year-old construction worker from Chicago, inherited the house next to Callie's and is living there while he renovates it. Outgoing, confident, and never one to back down from a challenge, Nash sets out to get to know his new neighbor, inviting her over for dinner and offering to fix things around her house.

As much as his persistence annoys her, Callie finds herself attracted to the tall, muscular, blue-eyed guy next door. And the more time she spends with him, the more she realizes how much they have in common. Like Callie, Nash has experienced loss, but when he opens up to her about it, she's not willing to do the same. It's too personal.

Nash is just her neighbor. Just some guy living there for the summer. But is that really all he is? Or is he the one person who can finally help her move on?

Going to college is a new beginning for Lilly. A chance to be her own person. Make her own choices. Make decisions about her future. But is her future really hers to decide? 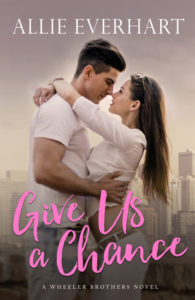 Give Us a Chance

Jake Wheeler doesn’t date. It’s one night and that’s it. Some would say he’s a player but he disagrees. He’s always upfront with a girl, letting her know he’s not interested in a relationship. That is until he meets Ivy.

A talented carpenter who can hold her own on a construction site, Ivy worked for Jake last summer. He asked her out, multiple times, but she turned him down, something that’s never happened to him before.

Now, months later, Jake is ready to try again. He can’t get this girl out of his head and he needs to go out with her at least once to figure out why. When he asks her out, he assumes she'll say no again, so he’s shocked when she actually says yes.

After the first date, Jake knows he’s in trouble. Ivy is actually someone he could see himself being with, for a lot longer than a night. But is that what Ivy wants? Or is she just playing him, the way she assumes he’s played women in the past? 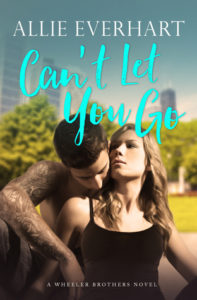 Bryce
I never should've kissed her. It happened almost four years ago, the night of our high school graduation. I've always wanted to be more than friends with Jen, and after we kissed, I wanted her more than anything. But I can't have her. I won't let myself. She needs to get out of here. She needs to start a new life, far away from her old one. So I'll keep pushing her away, even though it kills me to do so. When she finally leaves, it'll destroy me, but at least she'll be happy. And that's all I care about.

Jen
Bryce is my best friend, and has been for as long as I can remember. If it weren't for him, I'd probably be living on the streets, but instead I'm in college and about to graduate. I've been applying for jobs and might end up leaving Chicago, but I don't want to leave Bryce. I love him, and I know he loves me too. I could tell when he kissed me four years ago. But after that night, he refused to be anything more than my friend. Now time is running out. I might be moving away, ending any chance of Bryce and me ever being together. I know he wants to be with me, so why won't he ask me to stay? 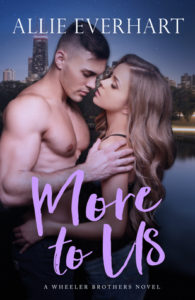 Austin Wheeler always wanted to be a rockstar. But instead, he's playing guitar in a local band and working construction for his dad. He's torn between helping the family business and pursuing his music dream.

Kira Jacobs always wanted to be an Olympic gymnast, but a devastating fall during a competition derailed that dream. After a year-long recovery, she's starting college but she's not ready to give up gymnastics just yet, even though pursuing it could worsen her injury.

When Austin and Kira meet, their attraction draws them together but their relationship quickly becomes something more. A friendship and love that neither one of them expected. But their dreams remain unfulfilled. Knowing she's putting herself at risk by training again, Kira hasn't shared her dream with Austin, yet he's been helping her with it the entire time. When he finally learns the truth, will he still want to be with her?