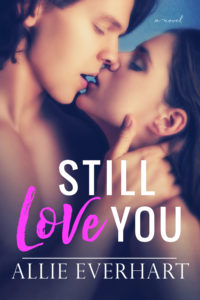 LILLY
“Hey, Lilly.” Willow walks in, holding a cup of coffee. Following behind her is a man I assume is her father. “I see you met my mom.”
“Yeah, we were just talking.” I stand up as her dad approaches me.
“I’m Carl, Willow’s dad.” He smiles and shakes my hand. He’s wearing khaki pants and a dark green, button-up shirt. He has curly brown hair and wire-rimmed glasses. He doesn’t look as much like a hippie as his wife does, except for his leather sandals.
“We’re going for breakfast later if you’d like to join us,” Candace says, standing next to her husband.
“Thanks, but I have to get some homework done before my parents get here.”
“Mom, Lilly wants one of Diane’s bracelets,” Willow says. “Do you think you could send her one when you get home?”
“Willow, you know Diane would send you one herself. Just call and ask her.”
Willow looks down at her coffee. “I can’t.”
“Honey, it’s been over a year,” Candace says. “Diane misses you. She’d love to hear from you.”
“I spoke with Silas last week,” Carl announces.
Willow’s head whips up. “What? When?”
He shrugs. “Monday, maybe?” He looks at Candace. “What day was it? Do you remember?”
Willow’s getting more anxious by the second, her eyes bouncing between her mom and dad. I think they’re dragging this out on purpose to see how she reacts. And from her reaction, it’s clear she still has feelings for Silas.
“I think it was Tuesday,” Candace says. “Then again, it might’ve been Wednesday.”
“Who cares what day it was,” Willow says, moving her hands around, spilling some of her coffee. “What did he say?”
Her dad smiles a little. “Not much.”
“Not much? That’s it? He hasn’t talked to you in over a year and when he finally does, he has nothing to say?”
“He had things to say. Just not much.” Carl sips his coffee.
Willow stares at her dad, waiting for him to continue, but he doesn’t and it’s driving her crazy. I can tell she’s dying to know more but she doesn’t want to ask. But her curiosity wins out. “Just tell me what he said.”
“Let me think for a moment.” He pauses. “Well, he asked about you.”
“He did?” There’s excitement in her voice, but she clears her throat like she’s trying to cover it up. “What did he want to know?”
“How you’re doing. How college is going.”
“And what did you tell him?”
“I said you’re doing well. Enjoying college.”
She nervously bites her thumbnail. “I don’t know why he cares.”
“He still considers you a friend,” Candace says. “And you WERE engaged to him.”
I look at her. “You were?”
She waves her hand around. “For like a week. That doesn’t even count as an engagement. I was only 17. I don’t even know why I said yes.”
“I know why.” Candace smiles at her.
Willow rolls her eyes. “What else did he say?”
“He said he might be coming back this summer to work on the farm.”
Willow’s eyes bug out and she almost drops her coffee. “OUR farm?”
“Yes,” her mom answers. “And we’d be happy to have him. He’s a hard worker.”
“You told him yes?” she asks her dad.
“I told him he has the job if he’d like it. He said he’ll let me know later. Right now he’s doing volunteer farm work for some villages in Nepal.”
“I thought he was hiking.”
“No. He’s been doing volunteer work for the past year,” Carl says. “You’d know that if you’d call him once in a while.”
“Or answer his calls,” Candace says.
“He still calls you?” I ask.
She doesn’t hear me, her focus still on her parents. “You can’t hire him, Dad. If you do, where am I supposed to live this summer?”
“You’d live with us.” Her mom laughs. “What kind of silly question is that?”
“I can’t—” Willow’s completely flustered. She walks over to her desk and sets her coffee down. “I don’t know why we’re even talking about this. He’s never coming back. You know Silas. He always makes plans and never follows through.”
“He used to be that way,” Carl says, “but he’s grown up a lot the past year. Living on his own and traveling the world has matured him.”
“Yeah, I’m sure it has,” Willow mumbles. She straightens up and looks at her parents. “So are we ready for breakfast?”
They smile at her. Big, wide smiles. They accomplished their goal. They got Willow all riled up about Silas. And it was hilarious. And informative. Willow was engaged? And Silas still calls her? We’re definitely going to talk about this later.
—–
Add STILL LOVE YOU on Goodreads